VLES —
Interactive Light Installation
To support the opening of the art gallery M’ars in Moscow in May 2015, we, among other Russian interactive and digital agencies, were asked to contribute an installation. Using movable spotlights, our installation VLES allowed the visitors to dive into a mystical forest full of obscure scenes and fantastic creatures.

Our location was a square room with a wall length of 4.5 meters. We projected our mystical forest onto two walls and installed three flexible lamps in the middle of the room. The bulbs were replaced with infrared light, so that the light beam would not disturb the projection image. We then used a camera-based tracking system to track the infrared beams. Only where the beams hit the wall, would the mystical forest reveal itself, as though the visitors were shining a flashlight into the darkness. A holistic sound concept accompanied the graphical content. 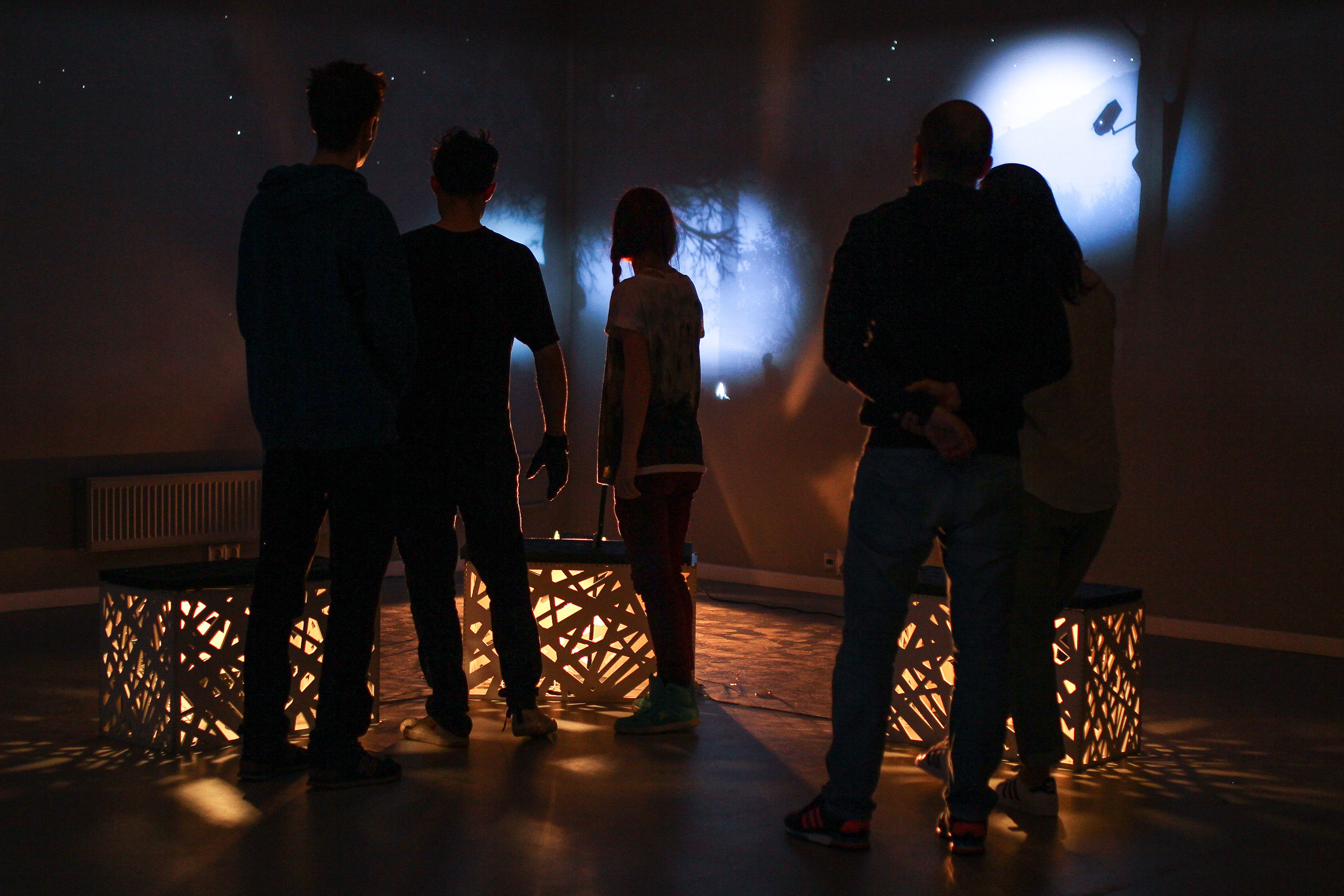 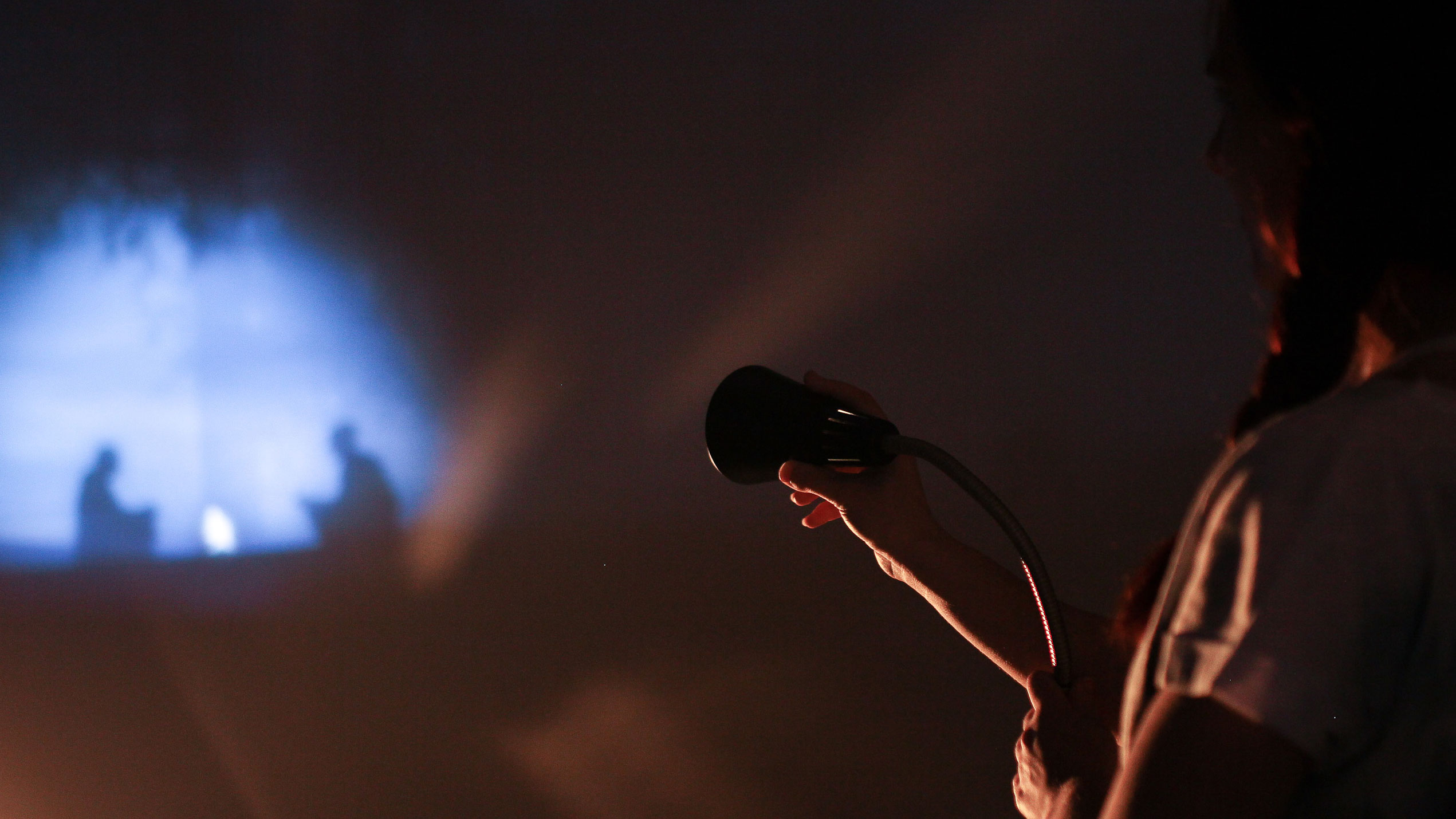 We chose a papercut style for the installation that showed only silhouettes of the digital assets. Nonetheless, we went into very much detail when we created the forest with all its trees, leaves, and creatures. Our goal was to include the obscure, making it especially interesting for the visitors to search the forest for the next fantastic detail: a whale flying across the sky, a fog creature playing with a girl, a surveillance camera installed on a tree. In order to make the human characters highly realistic, we went into a studio beforehand, filmed ourselves in chromakey and embedded the filmed material into the 3D space. 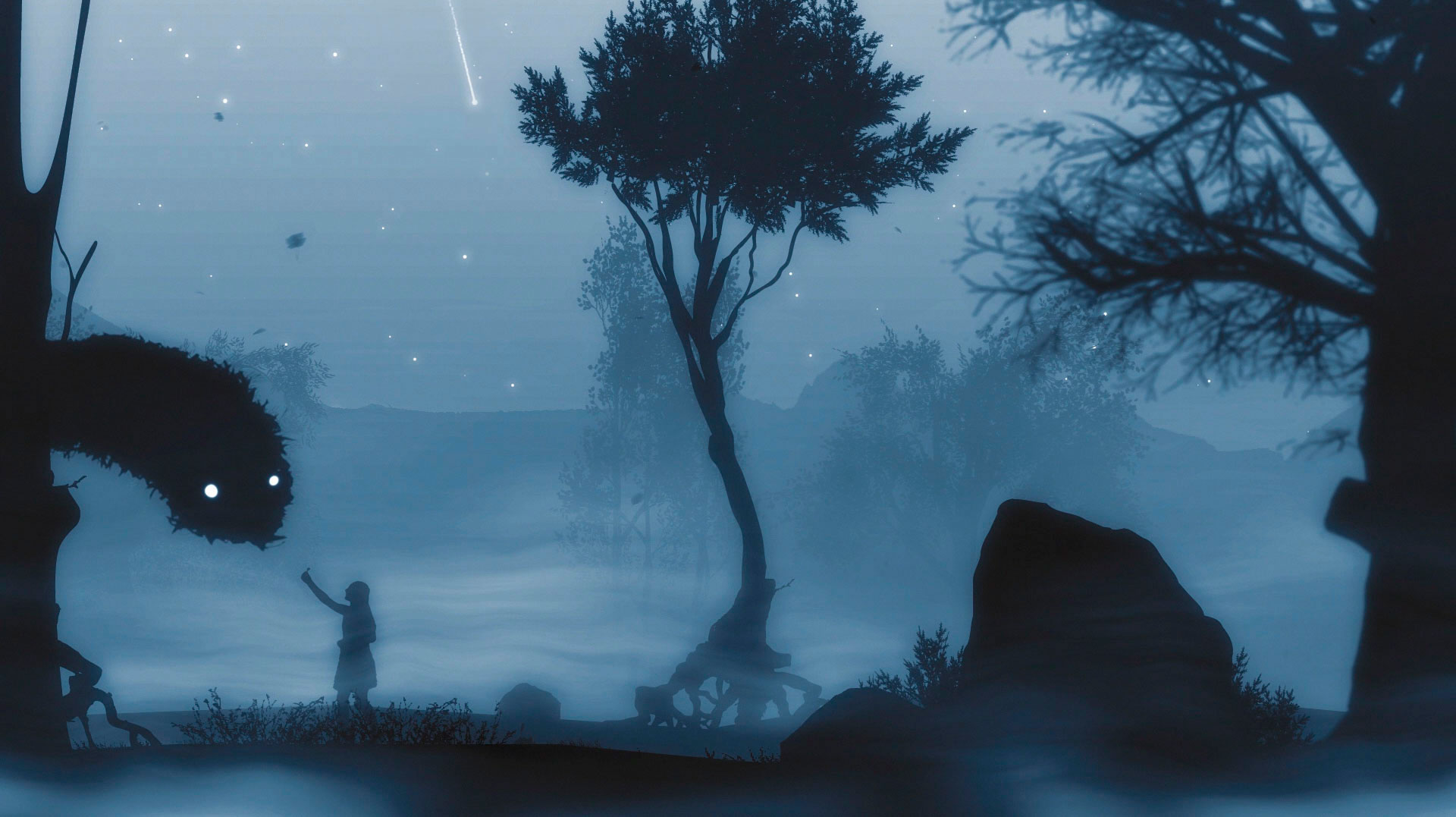 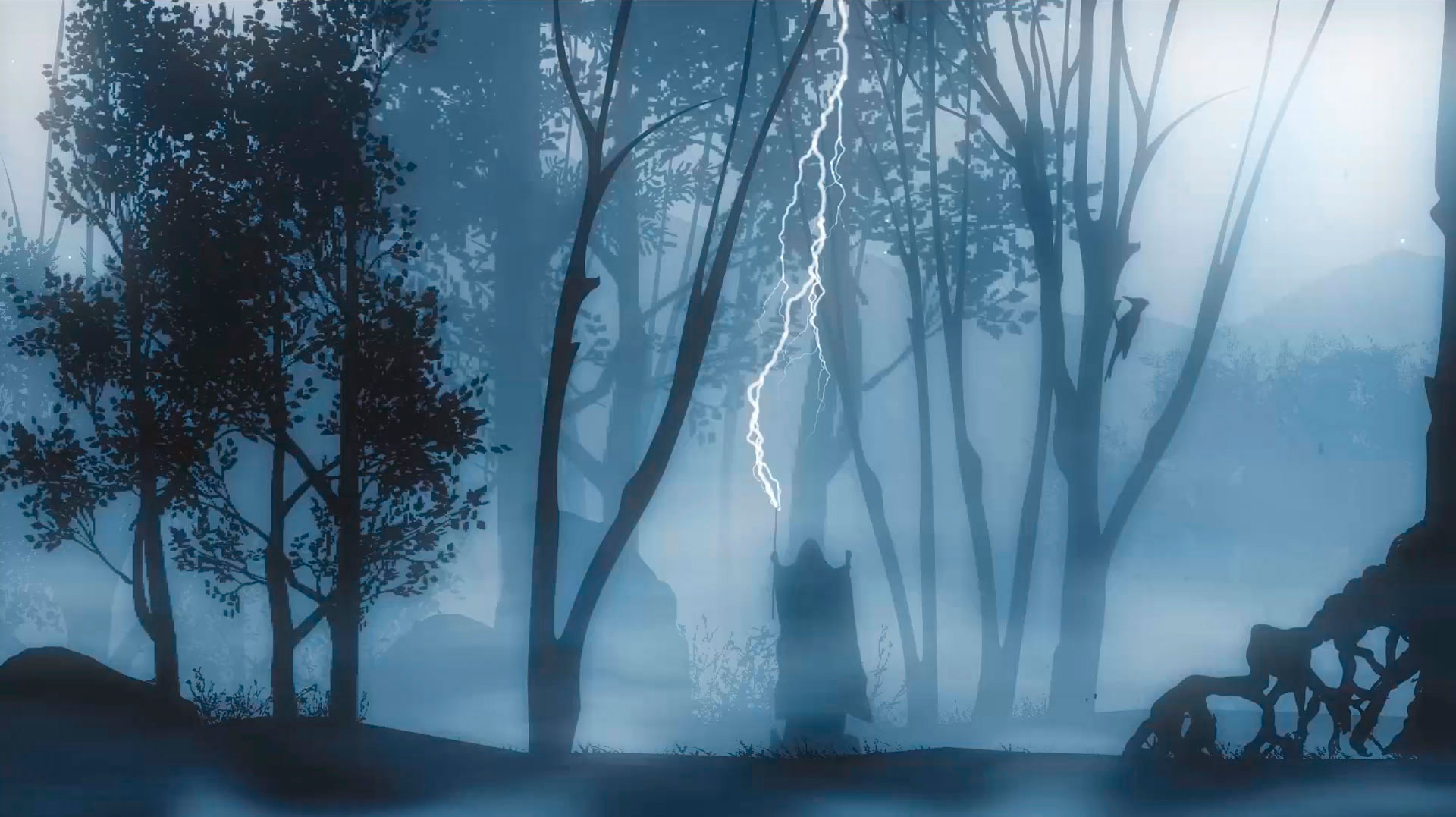 The gallery visitors loved to interact with our forest – so much so, that over 2000 of them took the chance to snap a picture of themselves with one of our creatures. For this purpose, we installed a spot on one of the empty walls. When people stepped into the light, a creature appeared and the guest could take a photo with their new friend. 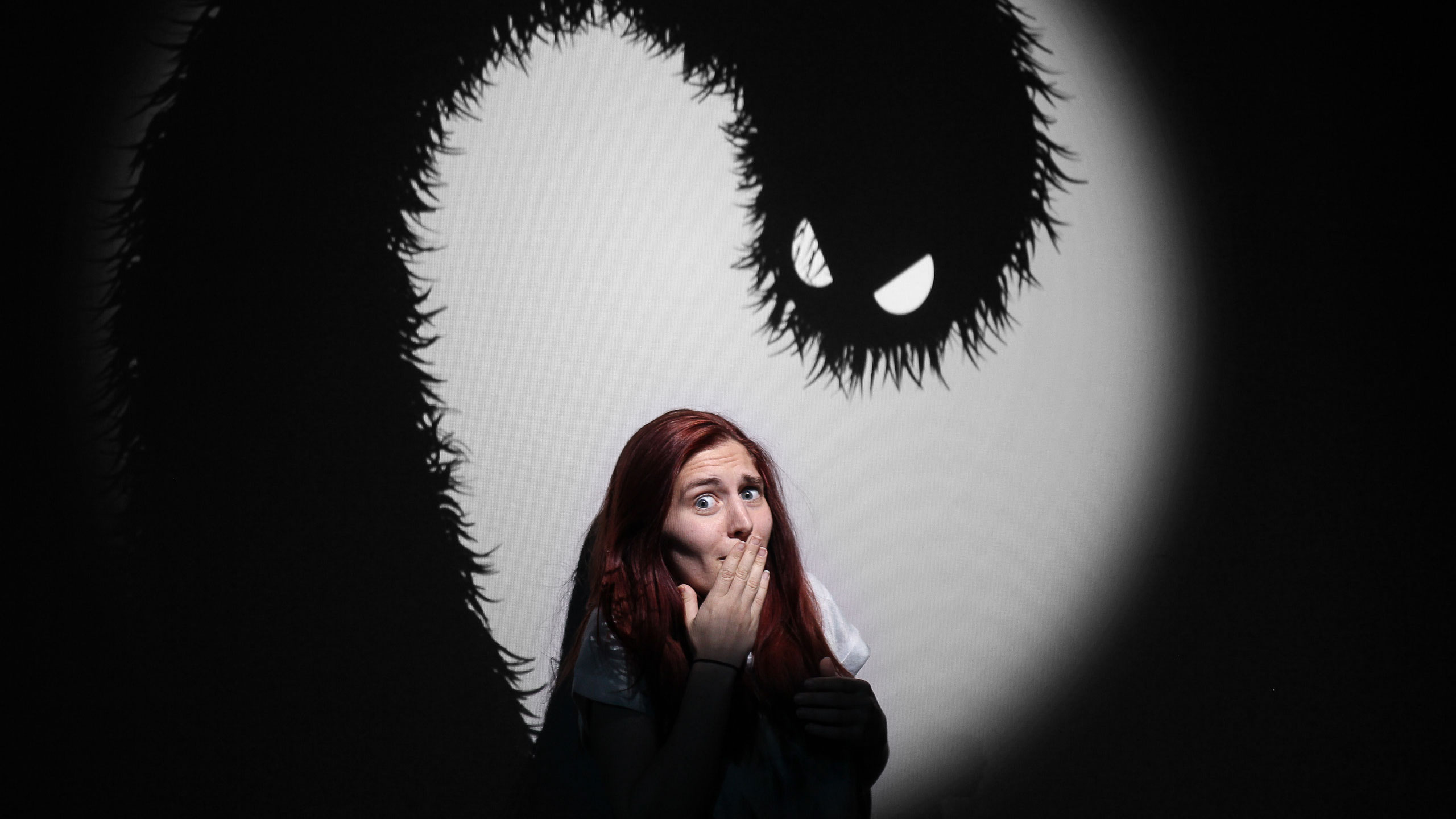 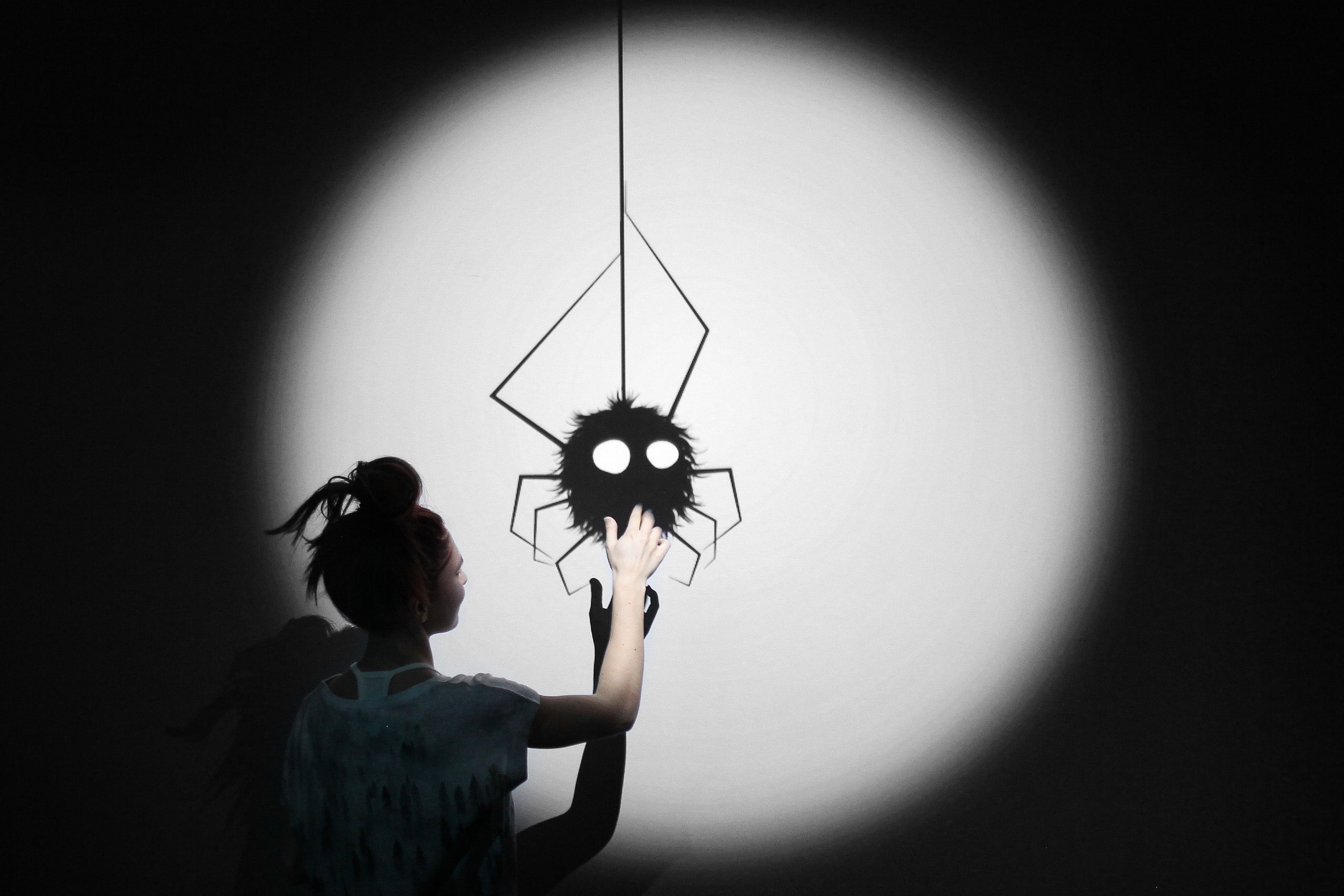 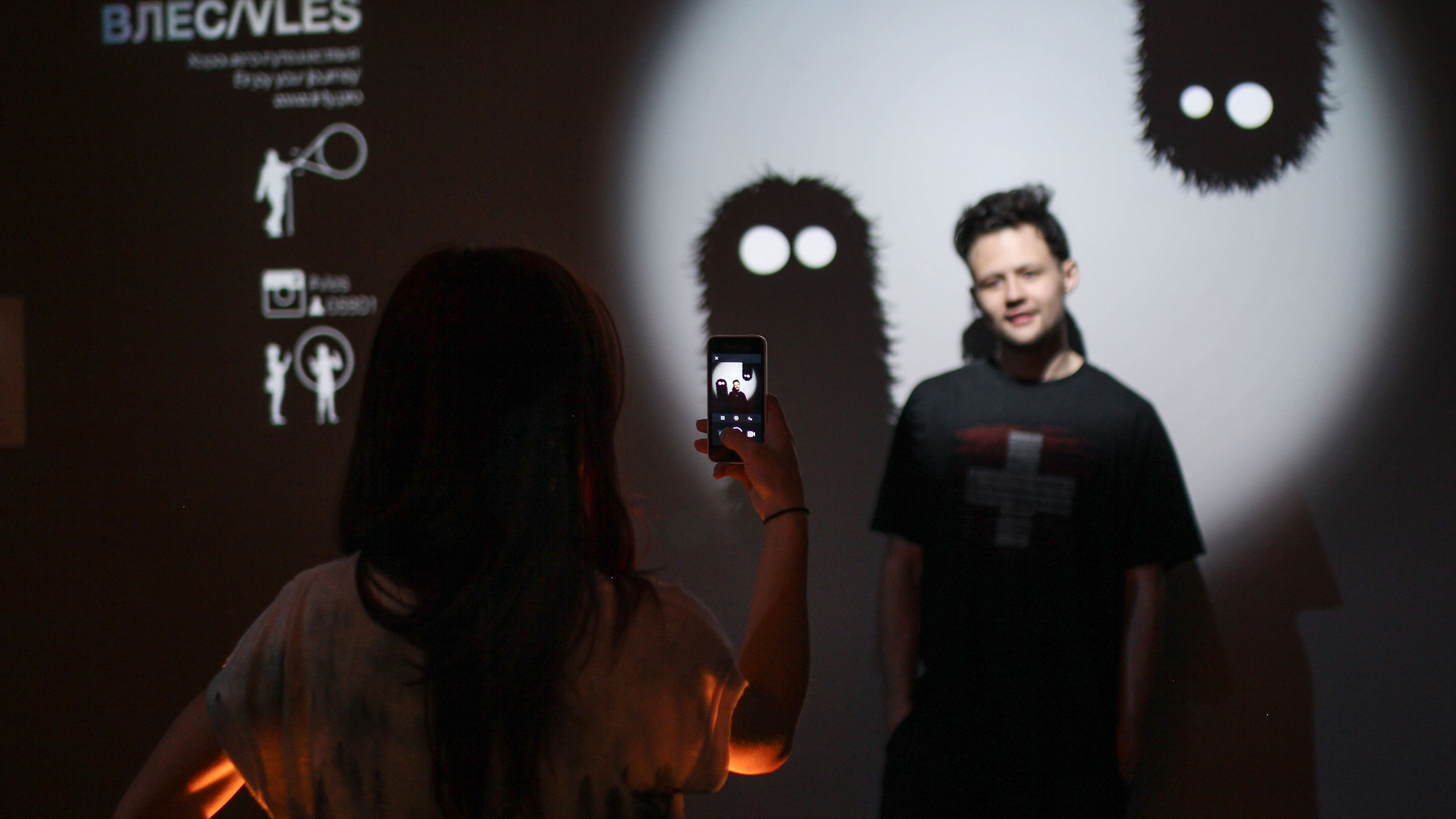 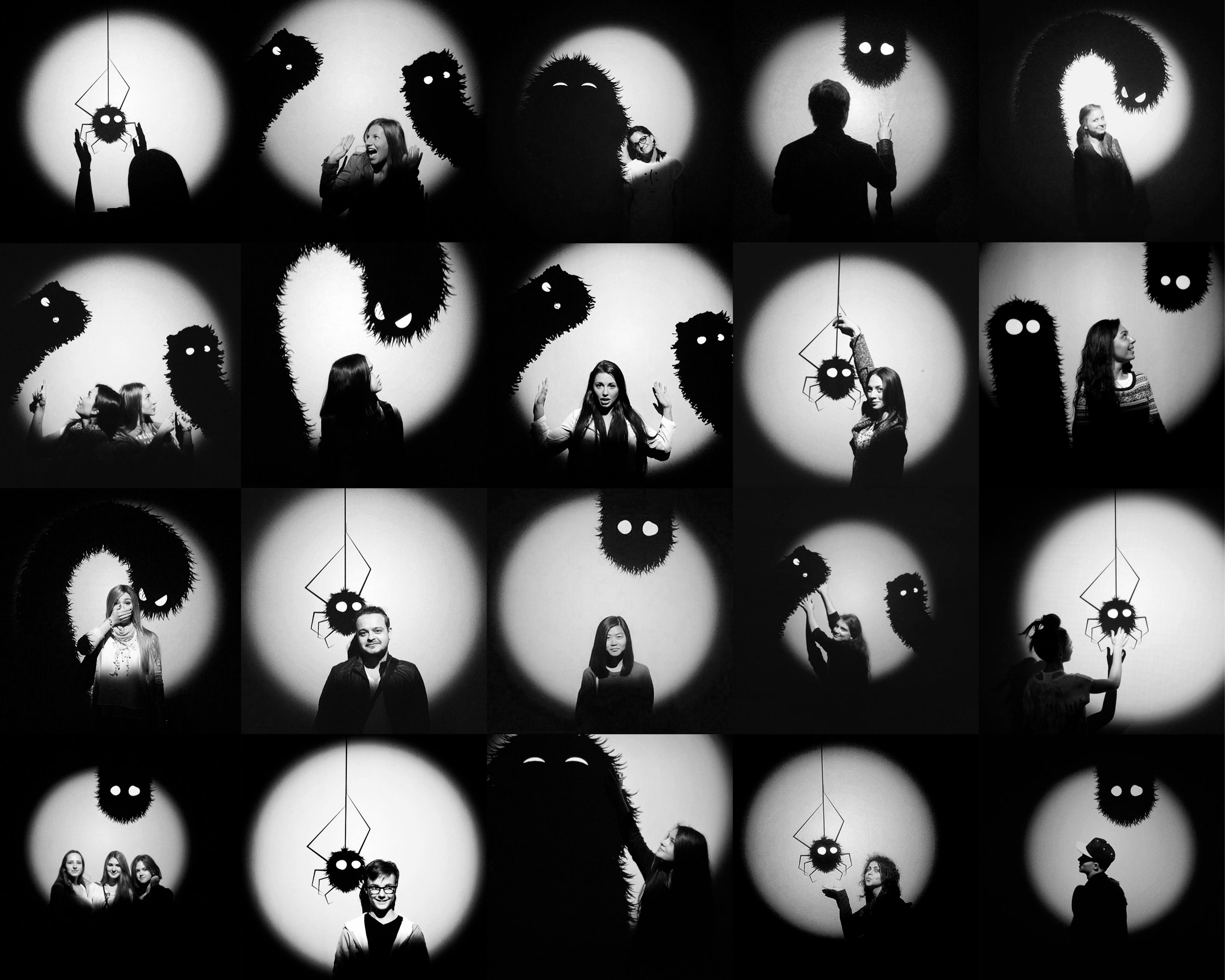